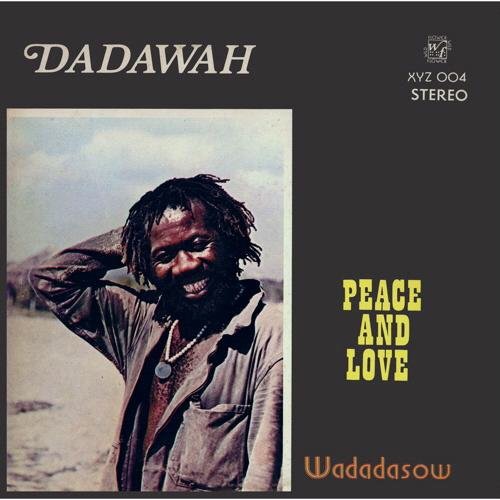 Ras Michael’s Peace & Love is both a devotional reggae album and a work of great artistic beauty. It transcends the reggae genre musically with its instrumentation more akin to the Temptations’ social consciousness recordings of the early 70’s or even Isaac Hayes’ extended mood pieces from the same time. Think ‘Papa Was A Rolling Stone’ or the piano riff from Hayes’ Hyperbolicsyllabicsesquedalymistic’.

Peace and Love was released in 1974 on Trojan, a label famed for its prolific output of punchy 3 minute ska and rocksteady singles. Not so here: 4 songs stretched out over two sides, hardly a money spinner for the label. Michael’s masterpiece isn’t even referenced in Lloyd Bradley’s otherwise magnificently definitive history of reggae ‘Bass Culture’. Perhaps Bradley doesn’t consider it a reggae album at all. Indeed it dispenses altogether with the classic reggae guitar/piano offbeat rhythms. Instead Willie Lindo’s understated guitar licks wouldn’t sound out of place on a Dylan or Van album from the same period. They drift in and out of the spacious sound, while the burning embers of the Nyabinghi-inspired rhythm section provides an inspired hypnotic backing groove to an album bursting at the seams with Michael’s righteous proclamations of Rastafari.

The purists may scoff – and perhaps this is why the profile of the album is so low – but this is genuinely a spine tingling groundbreaking and genre-hopping high point of Jamaican music, up there with Heart of The Congos or East of The River Nile. Listen to Seventy-Two Nations and go out and make some new disciples. (JJ)