TNPC is delighted to invite frontman of legendary ’60s psych outfit The Misunderstood, to tell us about one of his favourite ‘lost gems’. 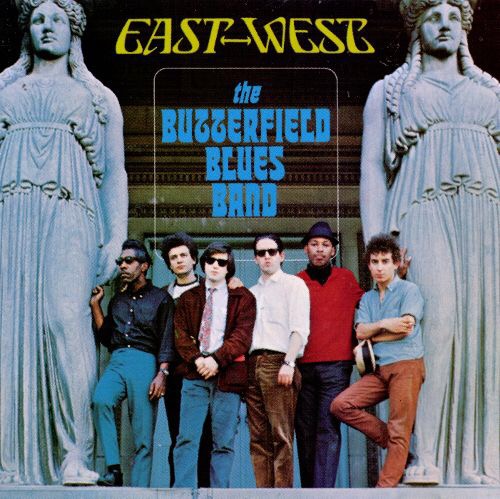 During the mid 1960s the electric guitar as a lead instrument came of age in the UK. It seems to initially have been brought to the fore by his holiness Eric Clapton, but carried to perfection by his successor Jeff Beck.

Beck combined sustain, fuzz and treble with style, progressing with each song until finally, in ‘Mister You’re A Better Man than I’, he gave birth to the phenomenon of the lead guitar solo being the stand out part of the song. Subsequently people would anticipate the next Yardbirds release just to hear the guitar solo.

But back in the USA, the guitar players were nothing of the sort. If British lead guitarists could have been compared to “Mods on acid,” then the USA versions were more like “hillbillies on glue”. This was the thinking at the time The Misunderstood went to UK in 1966.

In London we were excited about the lead guitarists, from late Mick Wayne (Junior’s Eyes) up to Beck – the master himself. In UK, lead guitar was supreme; and we were in awe of the British “metallic” sound of The Creation and The Who, etc., etc.. So much power and ‘edge’. Even Hendrix had to tap into that British sound in order to make it.

But from the Yank ranks we had no one to brag about, except Mike Bloomfiefd. It seemed like Bloomfield was the only American lead guitarist who was respected in the UK at the time East-West came out.

East-West was the 2nd album by Paul Butterfield Blues Band – and featured the long instrumental of the same name. The title track takes the listener around the world musically, and Bloomfield is fantastic. At some points the drone becomes so intense it can give one goosebumps.

Other outstanding tracks on the album, including ‘Walkin’ Blues’ are all powerful electric guitar and harp driven blues rockers – better heard than explained. The entire album is outstanding. Nevertheless East-West has fallen into some obscurity now, and I have been surprised by the number of people who have never heard it. Of course the harmonica playing of Paul Butterfield is a whole other subject.

This album is worth a listen by any one who loves intense lead guitar and harmonica. East-West never gets outdated.