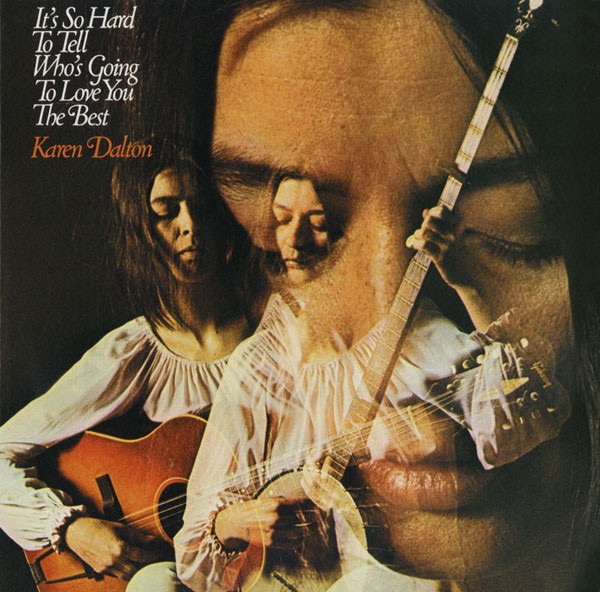 Imagine waking from a blissful dream where everything was perfect, to drops of freezing cold water falling through a crack in the ceiling onto your face. Gradually, you remember a bitter argument you had the night before. Your head is aching, your eyes swollen and you don’t know why. What you do know is that you can hear your children crying. One of the poor little beggars is shuffling around looking for something to eat. There’s not a morsel to be had and not a dime to spend. Then you see a note nailed to the door. It’s from your partner and they’re not coming back.

It’s the story of the blues. If this particular version of the story wasn’t entirely familiar to her, she sure sounds like it was, because few if anyone, sang the blues with as much conviction as Karen Dalton. Each note she chokes from her gut possesses an aura of total wretchedness, like words scrawled on a suicide note.

Dalton was born in poverty in Enid Oklahoma, but experienced an itinerant roving lifestyle, eventually settling in an old disused goldmining cabin without central heating or running water, in rural Colorado. She lived a troubled life, one ravaged by substance misuse and poor health. Her peers (Dylan for example) regarded her as the greatest singer of her era, but she somehow contrived to evade commercial recognition. Dylan’s patronage was scant consolation for someone whose natural gift was so remarkable that it should have made her a household name and a lorryload of bucks along the way, but it wasn’t to be. Ultimately she wasn’t prepared to play the game and although she possessed great self-belief, her prodigious talent was matched only by a crippling shyness that would make her trans-Atlantic contemporary Nick Drake seem like David Bowie by comparison. Indeed Dalton had to be coaxed, even tricked, into recording her first album, entering the studio on the pretext that she would cut a song as a favour for her friend Fred Neil. Somehow she was persuaded by producer Nik Venet to sing a few more and did enough for him to assemble a half hour’s worth of material which eventually became It’s So Hard To Tell Who’s Going To Love You The Best.

The Cherokee Billie Holiday couldn’t write her own songs but it didn’t matter, because she rewrote others’ as she sang them, and what’s more she played the guitar “like Jimmy Reed” (as Dylan quipped) and the long-neck banjo for good measure (she was even the cover girl for Ode Banjos). She released only two albums in her lifetime. The second, In My Own Time, is a fairly mixed bag. Some of the selections seem incongruous with Dalton’s folk blues heritage, and at times the arrangements are an encumbrance, cloyingly at odds with the authentic spirit of the songs. Nevertheless, those bruised tonsils are in splendid form on the opening track, ‘Something’s On Your Mind’, perhaps her most famous interpretation of all, raw, peppered with wrong notes, cracks, unironed blemishes, and all the better for it. If she was around today, they would autotune the life and soul out of it. The album might have been worth including for ‘Katie Cruel’ alone. Dalton had been singing this traditional folk tune since she first held a guitar in her hands. Based on an old Scots rhyme – and prophetically biographical – it is here given a just treatment, far weightier than on 1966 or Cotton Eye Joe, two posthumous releases, both nevertheless deserving of an ear themselves. Besides Dalton’s mesmerising vocal performance, it benefits greatly from Bobby Notkoff’s electric violin, lending it the peculiarly eerie quality he likewise achieved on Neil Young’s ‘Running Dry (Requiem For The Rockets’ on Everybody Knows This Is Nowhere. It is a haunted masterpiece.

But overall, the raw minimalism of her first outing is more sympathetic to her gruelling performances, steering clear of glaring misjudgements like ‘How Sweet It Is To Be Loved By You’ and the perfunctory professionalism of the session musicians’ performances. Thematically too, the first album, despite its broad range of material (Jelly Roll Morton, Leadbelly, Tim Hardin) has an organic flow, culminating in two of the most crushingly beautiful songs you will ever hear. Hardin’s ‘How Did The Feeling Feel To You’ is stunning – Hardin often sounded as if he was struggling to get to the end of each line without recourse to a nebuliser; Dalton sings it as if her heart is about to give up at any moment. Here over the most fragile of melodies her voice bends and breaks over the prettiest of guitar lines which seems to sing along with her as if offering gentle reassurance to keep her going. If that is good then ‘Right, Wrong Or Ready’ is simply sublime, a genuine tearjerker. Penned by Major Wiley, I am never sure whether the tears it procures come from empathy for the singer or the miraculous beauty of the gently ascending chord sequence. It reminds you that music can take you places you may not have wished to go. But once there, you know you’ll have to come back for more. Don’t just take my word for it – go find out yourself and listen to them in the album’s proper context for a true appreciation.

Elsewhere the influence of Fred Neil is most obvious, although it’s entirely possible Neil had been first rapt with Dalton’s pained voice and mimicked her style. Perhaps Tim Buckley is to Fred Neil as Neil is to Karen Dalton? Her take on Neil’s ‘Little Bit Of Rain’, a most delicate reworking is excellent, and the deftness to her playing on ‘Ribbon Bow’ a genuine treat. The Billie Holiday comparison is at its most apparent on ‘I Love You More Than Words Can Say’, which haemorrhages misery. When she groans those lines (“living without you is so painful, I was tempted to call it a day”) we don’t need any convincing that she means it. 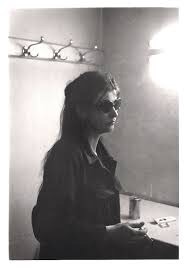 After her second album, Dalton retreated even further from the music scene, but even by the time she had cut those two albums, she was a little late for the party. By ‘69, the Greenwich Village folk blues boom was passé, but freed from their socio-cultural context, we can now appreciate how genuinely timeless her renditions of these songs sound today. When she died of AIDS in 1993 at the age of 55, it had been 22 years since she had last set foot in a recording studio. Her legacy lives on in artists as diverse as Beth Gibbons and Madeleine Peroux, although by comparison, Peroux is a mere stylist where Dalton was the real deal. This debut album, released to little fanfare at the time, should serve as her definitive musical statement. (JJ)